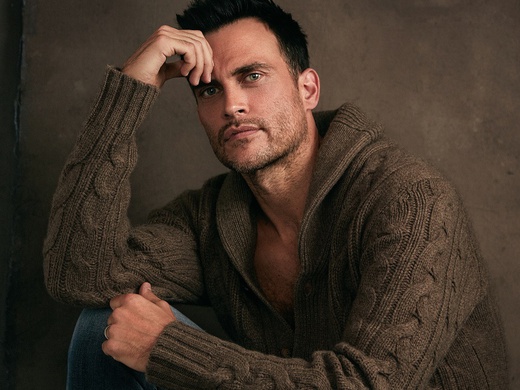 Join Cheyenne Jackson for his UK debut at Cadogan Hall over Pride Weekend on 28th June 2020. Cheyenne is a Grammy-nominated multi-talented stage, television and film actor, singer, and songwriter. He can most recently be seen in in HBO’s WATCHMEN, and previously starred in Disney's DESCENDANTS 3. Prior to this he starred in FX’S AMERICAN HORROR STORY: APOCALYPSE. He was also a series regular opposite Alicia Silverstone in the paramount network’s American Woman.
A veteran of the theatre, Jackson most recently finished Into the Woods at the Hollywood bowl. Before this he starred in The Secret Garden at Lincoln Center. Previously, he was in a critically acclaimed run of The Most Happy Fella at New York City Center.  He previously starred on Broadway opposite Henry Winkler and Alicia Silverstone in David West Read’s play The Performers at the Longacre Theatre.  Among his Broadway credits include roles in the recent revival of Finian’s Rainbow (Drama Desk Award nomination), Xanadu (Drama Desk & Drama League Award nominations),All Shook Up (Theatre World Award, Drama League & Outer Critics Circle Award nominations), Aida, and Thoroughly Modern Millie.  Additionally, Jackson starred in the Encores! production of Damn Yankees, the Off-Broadway productions of The Agony & The Agony and Altar Boyz, and the benefit productions of The 24 Hour Plays and On the Twentieth Century.
Additionally, Cheyenne can be seen in feature films THE GREEN, HYSTERIA, PHOTO OP, and the Oscar-nominated UNITED 93. He also starred in Ira Sachs’ drama LOVE IS STRANGE, Arthur Allan Seidelman’s film version of SIX DANCE LESSONS IN SIX WEEKS, Daniela Amavia’s indie drama BEAUTIFUL NOW opposite Abigail Spencer, Christopher Ashley’s Lucky, Matthew Watts’ MUTUAL FRIENDS, Jack Henry Robbins’ OPENING NIGHT alongside Anthony Rapp, and Zoe Cassavetes' DAY OUT OF DAYS with Eddie Izzard and Melanie Griffith. Previously, Cheyenne appeared in the indie comedy, PRICE CHECK, opposite Parker Posey.
On television, Cheyenne was seen in the guest-starring role of Danny Baker in NBC’s critically acclaimed comedy series, “30 Rock,” for four seasons.  Jackson has appeared as Dustin Goolsby in Fox’s “Glee,” as well as a Larry David’s trainer Terry in the final season of HBO’s “Curb Your Enthusiasm.” Cheyenne starred in Steven Soderbergh’s critically acclaimed HBO biopic, Behind the Candelabra, opposite Michael Douglas and Matt Damon.

No refunds or exchanges after booking.

You will receive a booking confirmation email.

If you have chosen to collect at the venues box office, please print the booking confirmation and bring it on the day, a minimum of 30 minutes before the performance start time. You will also need to present the card used to purchase the tickets as a valid ID.

If you have chosen E-ticket, you can download your voucher from your booking confirmation. Please print your voucher – it is your ticket of admission. Bring the voucher to the theatre. We recommend you arrive 30 minutes before the show to settle into your seats.